A simple step-by-step guide on how to make star bread with a cinnamon cookie butter filling.

Hello, can we talk about how Christmas is in TWO WEEKS? Omg, I’m stressing. I have bought exactly zero presents and haven’t even had a Christmas-light drive. My dreams of gingerbread-making may have died with my will to wrap gifts and put Christmas lights above my front door. 🆘 On the other hand, I at least have Christmas brunch planned with this cookie butter cinnamon star bread. So…yay?

Also, we get to go to The Nutcracker this weekend! I recently learned that The Nutcracker was a flop when it first premiered and wasn’t even popular until 1954. Did you know that?? Poor Tchaikovsky. But, my aunt and her best friend made a ton of the costumes for the show this year, and we all get to go see them! We’re going to party and drink and eat and drink and see The Nutcracker and then drink some more. I’m also going to get one of my tattoos touched up. Big things!

On a side note, I don’t have high expectations for getting a Christmas present bought this weekend. Oh 🐳.

If there is one thing that I am actually prepared for this holiday season, it’s brunch! Because I’m predictable. But, if you remember last year, I had big plans of making brunch my own Christmas Eve tradition. I had it all planned out, groceries bought, made a timeline, and everything. And then I ended up driving Marc to the hospital instead! I had great intentions.

But, this year, I am determined to make this “my thing”. Marc and I will be in Vegas celebrating with his family this year. And if there is one thing about Marc’s family, is it that they are v chill. I needed something that I could set on the table for everyone to snack on while standing around the counter making pizzelles or Italian wedding soup and sipping coffee. First, I thought about making a casserole but that requires plates and forks. I reeeally wanted cinnamon rolls, but those still require plates. But then I remembered that star bread exists, and it’s like, the most Christmas-y thing ever!

I considered filling the star bread with Nutella or cinnamon sugar or one of the other basics. But then, cookie butter cinnamon star bread popped into my brain, and I couldn’t stop thinking about it.

A step-by-step guide on how to make star bread

You’ll start with a basic sweet roll dough. I used the recipe from my apple butter cinnamon rolls, but I used less flour for a dough that is just a bit more tender. Also, you only need one full rise in this recipe, which cuts out at least an entire hour!

You’ll start by dividing the dough into four equal pieces, and then you’ll roll each piece into a ten-inch circle. Don’t worry if it’s not perfect, we’re going to fix it!

Using a pizza cutter or sharp knife, cut the dough into a perfect 10-inch circle. I did this by using the top of a 10-inch bowl to make an imprint in the dough, and then I cut around the imprint. You can also use a ten-inch circle of parchment paper, a plate, etc. Repeat with all of the layers.

Then, we’ll mix some cookie butter with plenty of cinnamon! We’ll spread 1/3 of it on the first circle of dough, and then stack another circle of dough on top. Repeat, two more times, finishing with the fourth layer of dough. You will not put anything on top of the last layer of dough. There will be four total layers of dough and three layers of cinnamon-cookie butter mix.

Now we will shape the cookie butter cinnamon star bread into a pretty shape. It’s easy!

Place a two-inch cookie cutter or bowl right in the center of the dough stacks. Use the pizza cutter or sharp knife to cut 16 even strips. I did this by cutting the dough into four equal sections in a cross shape. Then, I cut each quarter into four strips.

Next, let’s twist! Take a strip of dough in each hand, and twist them two times in opposite directions.

Press the two twists together. If it doesn’t stick, use a tiny bit of water or egg wash to “glue” it together.

Let the assembled cookie butter cinnamon star bread take a little nap. Make sure it’s tucked in with a linen blanket in a warm spot. After 20 minutes, it should be nice and chubby! At this point, it’s ready to bake in a hot oven for another 20 minutes.

Make sure you let the dough rise in a warm, draft-free area. I like to heat the oven to the lowest setting, turn it off, and let my dough rise in the warm oven.

Make sure to give yourself a couple of hours to make this recipe. It only requires about 30 minutes of actual work, but the star bread will need to rise and cook.

If you’re not into cookie butter, um what’s wrong with you? Just kidding. Just use Nutella. You can also brush the layers with melted butter and sprinkle each layer with cinnamon sugar. Or spread it with jam! Or cheese and pesto if you’re feeling savory.

I think this can technically be made ahead. Just shape the whole thing, wrap it up tight, and stick it in the fridge. The next morning, let the cookie butter cinnamon star bread warm up at room-temp for about 20 minutes. Then bake as usual! I have personally never tried this, but if I do, I’ll update the post. However, it works for cinnamon rolls, so it should work for star bread. 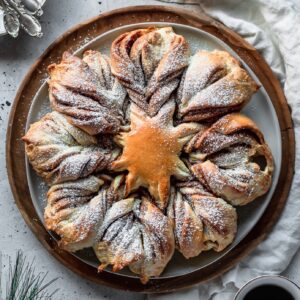 *Song of the day: Have Yourself a Merry Little Christmas by Frank Sinatra

END_OF_DOCUMENT_TOKEN_TO_BE_REPLACED 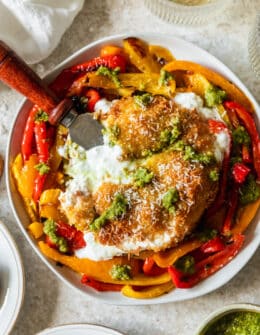 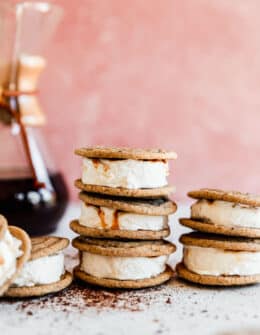 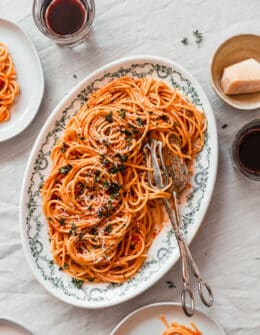